Search Results
Cant find what you are looking for? click here

For the convenience of our patients,

Car Valet Services are available at the Hospital.

Psychiatry is a branch of medicine which deals with the diagnosis, prevention, study, and treatment of mental, emotional and behavioral disorders. It covers various abnormalities related to mood, behavior, cognition, and perceptions. Doctor who is specialized in mental health and its psychological problem is called as the psychiatrist. A psychiatrist treats the patient by conduct psychotherapy, prescribing medications and other medical treatments too.

These are some common pediatric mental disorder:

Many mental conditions can be effectively treated with one or a combination of the following therapies:

Our expert team is led by 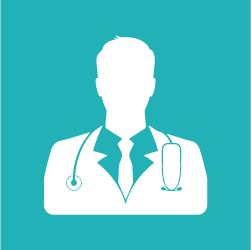 Dr Sonal Sheth is renowned in the field of Psychaitry with vast experience of 5 Years.
VIEW PROFILE REQUEST APPOINTMENT

Dr Maya B Kripalani is renowned in the field of Psychologist with vast experience of more than 30 years .
VIEW PROFILE REQUEST APPOINTMENT

Dr R R Patel is renowned in the field of Psychiatry with vast experience of more than 35 years.
VIEW PROFILE REQUEST APPOINTMENT
FIND A SPECIALIST
BOOK AN APPOINTMENT